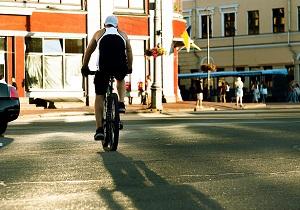 The COVID-19 pandemic and the lockdowns it triggered have affected mobility patterns in most countries and brought to the fore many issues that had not received enough policy attention until now.

For instance, the fear of the virus and the search for social distancing led to a historic decline in the use of public transport in most countries of our region, in favour of the use of private cars and cycling.

The social fracture between the individuals who have the choice and those who aren’t able to choose, be it because a car is too expensive or because work is too far away to cycle and teleworking is not an option, soon became apparent. In many countries, those working on the front line against the virus were also those who had no choice.

The lockdowns also shed light on the many areas in our countries, in big cities’ suburbs or in rural areas, which suffer from chronic poor transport systems. This results in increased inequalities in access to education and employment opportunities, health care, culture and entertainment, ultimately making it difficult for millions of people to fully participate in society and exert their rights.

The situation is even more acute for vulnerable and disadvantaged groups, such as older populations, youth, persons living with disabilities or in informal settlements. Such situations are among those which have been identified as transport poverty.

Pandemic recovery plans must therefore encompass, among other elements, the development of sustainable mobility that is accessible to and affordable to all to ensure no-one is left behind as we ramp up efforts for climate action and sustainability.

The good thing is that we’re not starting from scratch. Twenty years ago, in 2002, countries in the region realized the need for a concerted and coordinated approach to sustainable and healthy mobility and launched the Transport, Health and Environment Pan-European Programme (THE PEP). THE PEP brings together these three sectors to define and experiment with joint approaches to sustainable mobility.

In these two decades, studies have been published - notably on the potential for green job creation associated with the development of biking, electric mobility and the expansion of public transport - experiences have been shared, best practices gathered and partnerships formed. “Relay race” workshops have also allowed country representatives - at national and local levels - and a wide range of civil society, academic and other stakeholders to get together and cooperate in devising solutions.

Last year, this experience culminated at a ministerial session with the adoption of the Vienna Declaration, which recognized the critical role of clean transport and mobility for climate action, sustainable and inclusive development and a resilient recovery from the pandemic. The session also adopted the first-ever Pan-European Master Plan for Cycling Promotion, aiming at doubling cycling in the region by 2030.

At an event last week organized by the French Presidency of the European Union on the 20th anniversary of THE PEP, there was consensus among member States that transport needs to be decarbonized and that electric bikes and cars will be an important element of future mobility, together with public transport. This means we need to see a change in the hierarchy in road use so that, where appropriate, pedestrians and cyclists, followed by public transport are given priority over cars. Some initiatives taken over the past two years in cities like Milan, Brussels, or Paris already show the potential of such approaches and can inspire further efforts in the region.

Looking ahead, there is a lot of work to be done to make this vision a reality. We can build on the lessons learned over the 20 years of THE PEP to reassert confidence in our collective capacity to act.

With the transport, health and environment sectors working together and 56 countries in the region sharing a vision and supporting each other, we can progress on solid ground. At UNECE, which services THE PEP together with WHO Europe, we stand ready to support member States in fulfilling that goal.